Killer whales are beloved, majestic, friendly giants yet infamous for their capacity to viciously kill. Blackfish unravels the complexities of this dichotomy, telling the story of the notorious performing whale Tilikum, who – unlike any orca in the wild – has taken the lives of several people while in captivity. Blackfish expands on the discussion of keeping such intelligent creatures in captivity.

Despite these incidents, Tilikum is still the object of both love and empathy from killer whale trainers, including many who have known and worked with him. The film introduces us to a handful of former SeaWorld trainers, who share about their initial attraction to working with the whales at sea parks.

Viewers come to understand the complex social and emotional lives of the majestic orcas, helping to comprehend the effects of removing them from their natural environments. 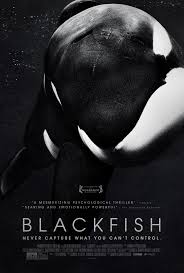