This thought-provoking environmental documentary is an excellent way to commemorate the 50th Anniversary of Earth Day this year. The U.S. distributor KimStim is allocating 50% of the proceeds to CWC when you purchase via the link above.

Several billion tons of earth are moved annually by humans, with giant shovels, excavators, and explosives. Filmmaker Nikolaus Geyrhalter (Our Daily Bread) interviews the workers involved in these efforts, probing their thoughts about their work and its impact on the environment, landscapes, and economies.

In seven locations in North America and Europe, we observe miners, engineers and foremen at work and Geyrhalter is able to find a perfect balance between the overwhelmingly large scale of the projects themselves and the lives of the individuals helping to realize them. They are caught between awe at the magnitude of their efforts and alarm at the ecological damage being inflicted.

Earth casts its glance widely (from California and Alberta to Austria, Hungary, Italy, Spain, and Germany) to depict the myriad ways that human beings across the globe transform their natural environments. Geyrhalter’s film ponders the question of just how much earth has to make room for our demanding lifestyle. 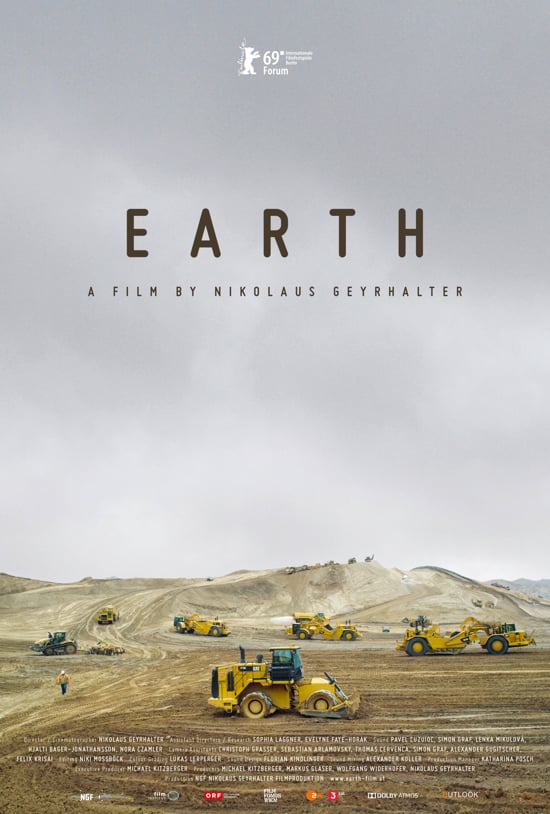