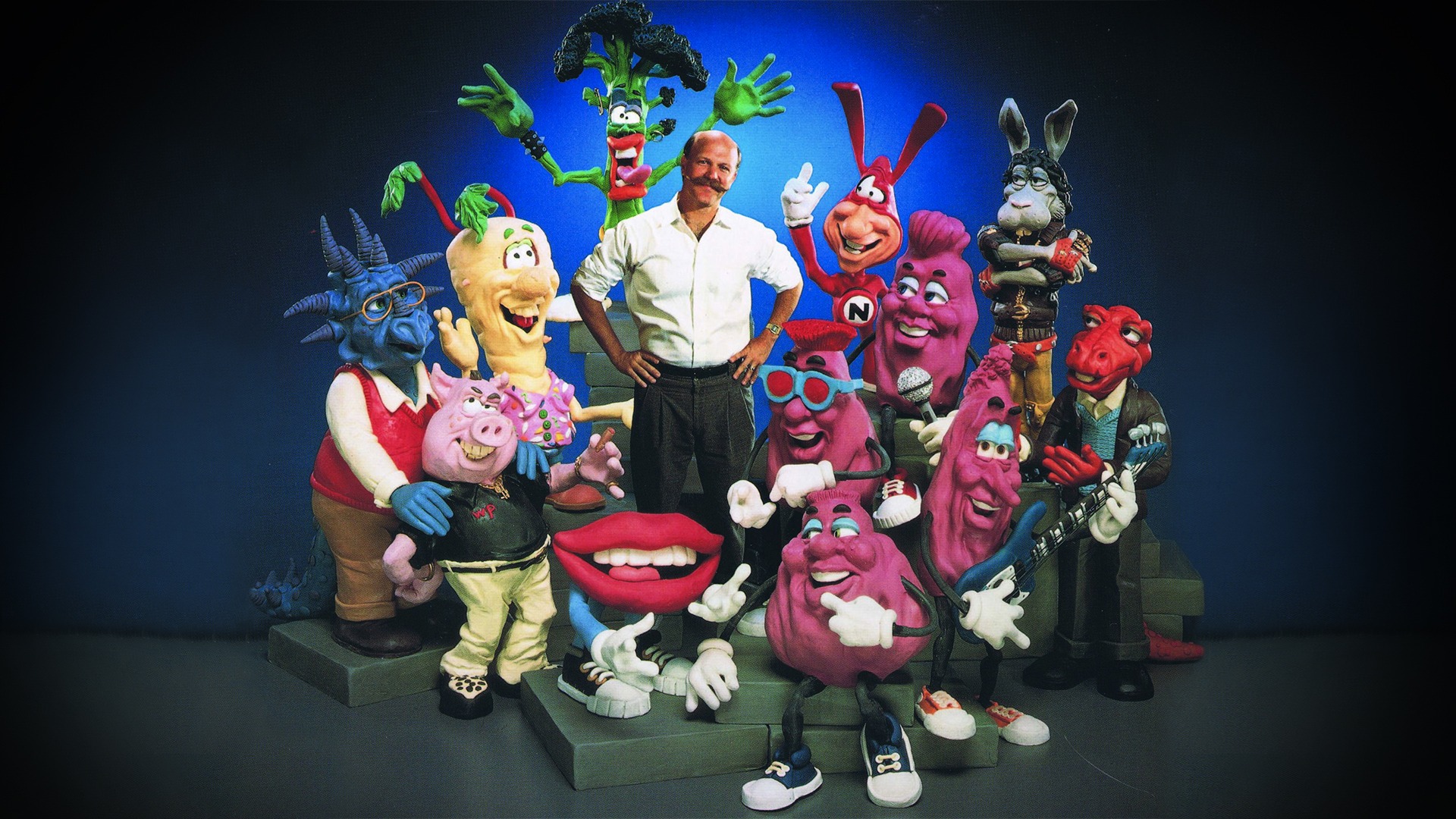 A captivating documentary about an artist who deserves more recognition — Will Vinton, the stop-motion animator known as the father of “Claymation.”  This well-received (Rotten Tomatoes 95%) biography also illustrates the complex and challenging battle between art and business.

CLAYDREAM is a worthwhile watch as the film tracks the rise and fall of the Oscar®, Emmy® and Clio® winning Will Vinton Studios. It’s an astonishing journey, rich with nostalgia and anchored by a treasure trove of endearing clips from Vinton’s life’s work. Director Marq Evans clearly put his heart into this affectionate, insightful portrait of an artist who put so much of himself into his craft.

In its prime, the creatives and techs who worked there loved what they were doing, and the public loved their output: the short films, commercials and music videos; the doo-wop singing California Raisins with cameos by Ray Charles, Michael Jackson and others; the M&Ms color candy characters; dinosaurs Herb and Rex parodying Siskel & Ebert; the Noid pizza crusher; Bette Midler on Mt. Rushmore; Tony the Tiger; Albert Einstein; Mark Twain; and many, many more. But few things last forever and in CLAYDREAM we learn about the corporate takeover of Vinton’s beloved studio. 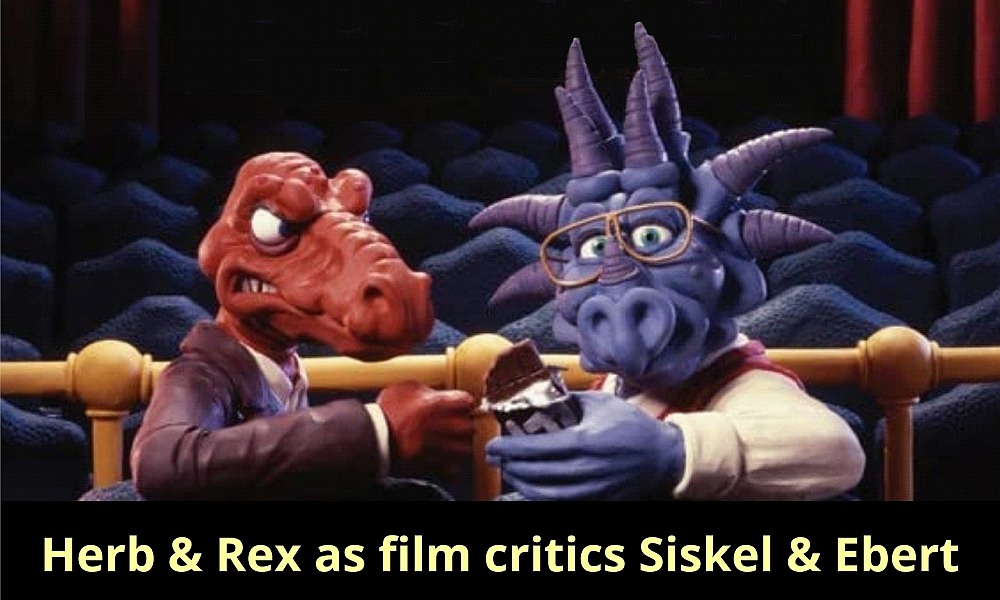 Learn more in the sections below…

Tribute to Animator Will Vinton Considers the Costs of Commerce

The innovative artist behind the California Raisins gets his due celebration – while also examining the corporate skullduggery that was his undoing.
— by Elizabeth Weitzman, The Wrap

“You’ve almost certainly seen work that wouldn’t exist without the efforts of animation pioneer Will Vinton. But it’s just as likely that this is the first time you’ve ever heard his name. Thankfully, director Marq Evans is determined to ensure that it won’t be the last.

“In CLAYDREAM, Evans has made the tribute Vinton deserves – and the introduction most of us need. As a student at Berkeley in the late 1960s, Vinton planned to go into architecture. But he found himself drawn to the sculptural works of Catalan visionary Antoni Gaudí, which in turn led to his own experiments with modelling clay. Once he combined this new interest with his love of film, he began innovating the seemingly limitless, if eternally painstaking, genre of stop-motion animation.

“Vinton and his artistic partner, Bob Gardiner, won an Oscar for their Claymation short “Closed Mondays” in 1975. Despite their messy split, the ensuing decades brought Vinton many more successes. On the film front, he made more Oscar-nominated shorts, early music videos, and interstitial sequences for film and television.

“Most prominent, perhaps, were the California Raisins and Domino’s Noid ads, visions of which will spark instantaneous nostalgia in some (and bafflement at their erstwhile popularity in others). The M&Ms characters we still know today were born in Vinton’s Oregon studio. Most important, to nearly every one of this film’s participants, was the studio itself. For many years, it was an almost utopian community, an only-in-Portland collective that ‘felt like art school, plus vacation.’

“But eventually, capitalism took over like untrimmed ivy. Within the studio, colleagues began to notice Vinton’s limits: his lack of business agility and his reluctance to share enough – credit, emotions, explanations – with the people around him. A new, more corporate-oriented CEO was hired to oversee the growing workload, and fellow Portlander Phil Knight, the co-founder of Nike, was tapped as an investor.

“Then came the conditions. First, we learn, Knight insisted that his son Travis (a rapper who went by the name ‘Chilly Tee’) be offered a job. The pair proceeded to lay claim to more and more of the studio. Once Phil had a controlling share, Travis was put on the board of directors, and Vinton was pushed out of the company he had created.

“This is, in other words, an allegory of good and evil – or art and commerce, if you’d rather – much like the ones Vinton himself liked to make. The Knights eventually turned Vinton Studios into Laika, which went on to make acclaimed animated features like Coraline, ParaNorman and Missing Link  – all of which are, regardless of one’s sympathies, a long way from singing raisins.

“Through copious clips of studio work and bittersweet interviews with Vinton, his former colleagues and his family members, we get a sense of both the artist’s strengths and weaknesses. Evans also gives us a clear view of the ways in which personal ambition can simultaneously inspire and obstruct. Ultimately, though, he builds the case that Vinton Studios was a jewel box fantasy, proof of Vinton’s own belief in animation as magic.”

~~~~
Elizabeth Weitzman is a journalist, film critic, and the author of more than two dozen books for children and young adults. She currently covers movies for The Wrap, and was a critic for the New York Daily News for 15 years. She has interviewed hundreds of celebrities, and written about entertainment for the New York Times, the Village Voice, Marie Claire, Harper’s Bazaar, Interview, and many others.In 2015, she was named one of the top critics in New York by The Hollywood Reporter. She holds a Master’s degree in Cinema Studies from NYU, and is a longstanding member of the New York Film Critics Circle and the Society of Children’s Book Writers and Illustrators. 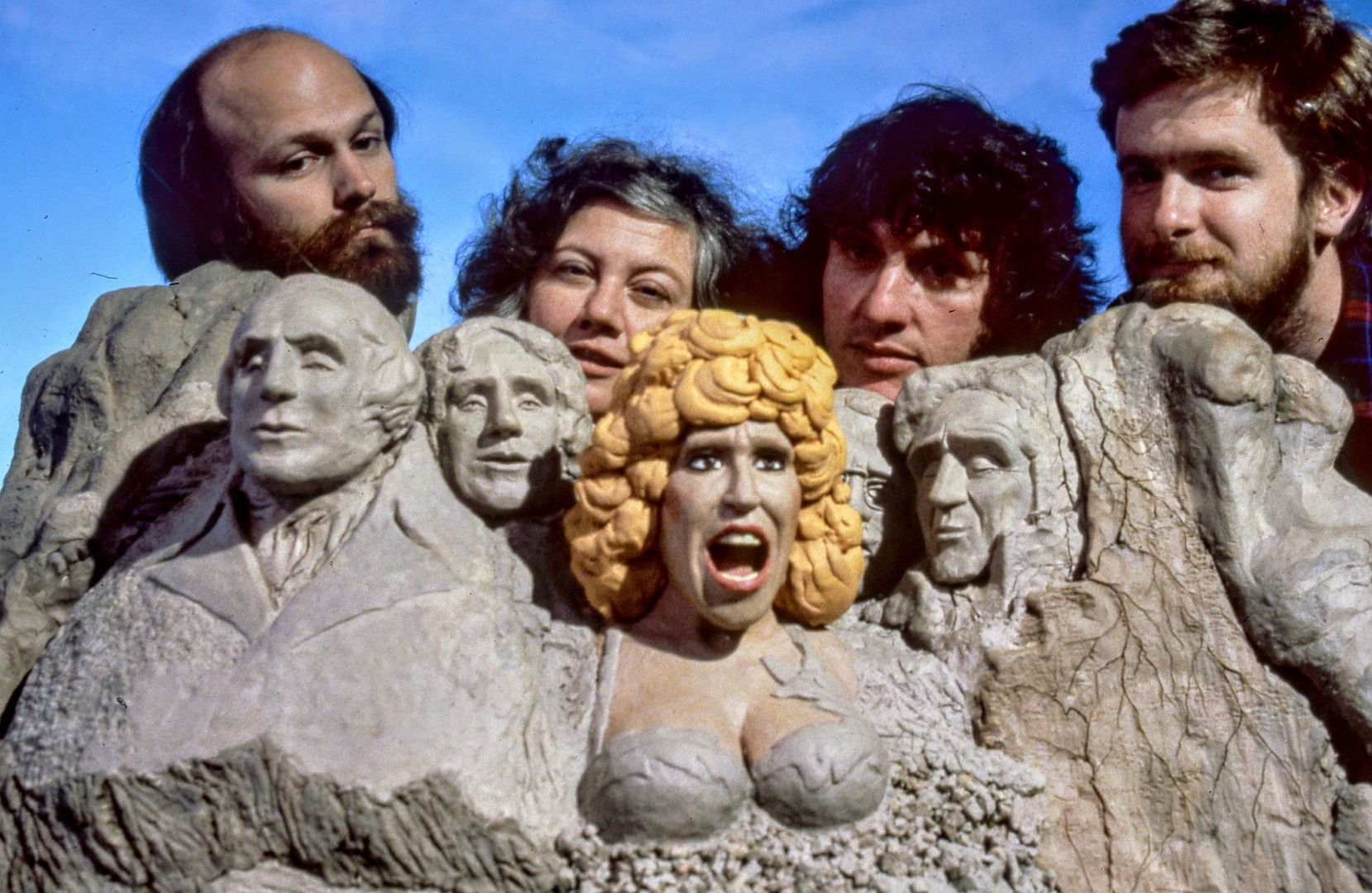 “I grew up with the characters Will Vinton and his studio created, and am not alone with the feeling of nostalgia his characters inspire today. As accomplished as his career was, however, that alone doesn’t guarantee a great story and ﬁlm.

“I’m not interested in telling a nuts and bolts biography about Will Vinton. I’m interested in pulling apart and putting back together a multi-faceted man who was as dynamic and complex as the work he created.

“Will Vinton molded and sculpted his life to the best of his ability, but ultimately lost control of the way his legacy would be shaped. With the help of those who knew him best, as well as the man himself, my aim is to craft and shape the ﬁnal image of Will and his incredibly complicated but wonderful life.”

For CWC patrons, the Butcher and Barrel offers a 15% discount on your order, excluding alcohol; menu is on the website. Reservations are strongly recommended, especially if you are dining between a CWC double feature. You should present your online confirmation or ticket from the event, and let your server know if there are time constraints. The discount is valid only for the date of ticket.

© 2002-2022, Cincinnati World Cinema
© 2018-2022, The Garfield Theatre
All images and trailers herein, as may be provided by studios, distributors, filmmakers, or posted via Fair Use, are the property of their respective owners.