Set in a rural Polish village, Corpus Christi is surprisingly universal, dwelling in depth on multiple themes – on grief and hatred, on the capacity of religion for both redemption and hypocrisy, on human nature with its tendency to blame, ostracize and choose convenience over truth. But through it all, it shows us the power of passion, personality and purpose in the human spirit.

Kenneth Turan, Los Angeles Times:
“When a foreign-language film with an unknown cast and director comes from out of nowhere to be one of five selected (out of 93 submitted) as a nominee for the Oscar for Best International Film, something extraordinary is going on.

“Oscar nomination aside, Poland’s Corpus Christi has been one of that country’s biggest hits internationally, winning 36 prizes in 60 festivals with distribution in 50 countries.

“Directed by Jan Komasa in only his third feature and starring a complexly compelling Bartosz Bielenia, this is a blistering drama, intense, disturbing and inescapably thought-provoking, a film that gets its power from a merging of potent opposites.” 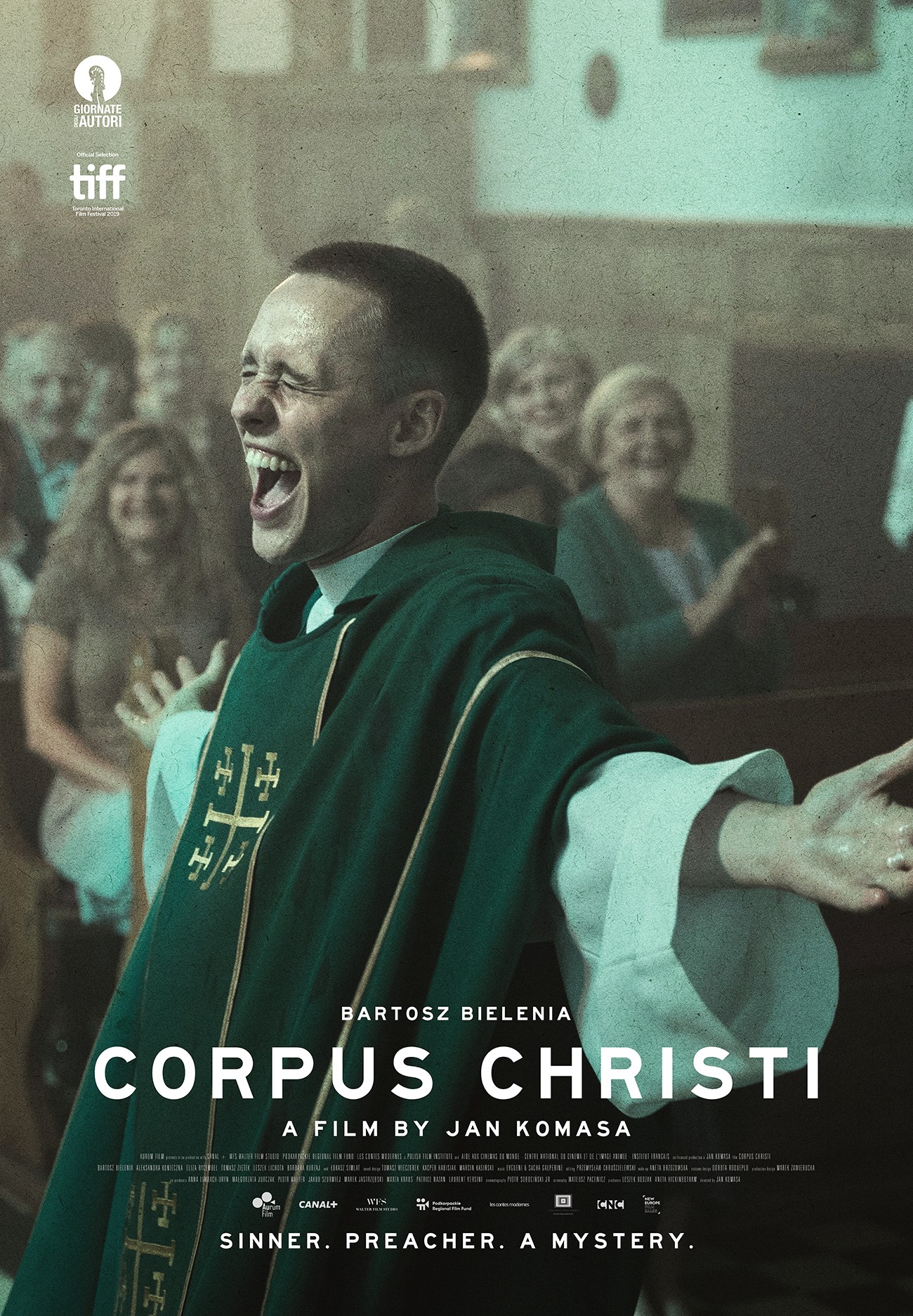