In 1956, four years before Jane Goodall ventured into the world of chimpanzees and seven years before Dian Fossey left to work with mountain gorillas, 23-year-old biologist Anne Innis Dagg made an unprecedented solo journey to South Africa to study giraffes.

She was not just the first woman, but the first naturalist of any kind to visit Africa to study animals in the wild.

More About the Film

In The Woman Who Loves Giraffes Anne retraces her steps, and with letters and stunning, original 16mm film footage, offers an intimate window into her life as a young woman, juxtaposed with a first hand look at the devastating reality that giraffes are facing today.

As Dagg rose to prominence, equal treatment for a woman exhibiting excellence in research and education was an affront to the male-dominated establishment – dooming her career advancement.

In the film’s present-day interviews, Dagg is animated, feisty and still emotional when discussing the patriarchy’s denial of university tenure because of her gender, and her years-long effort to fight discrimination and misogyny.

Her peers describer her as the world’s first ‘giraffologist’ whose research became the foundational “bible” for scientists following in her footsteps. Over the years Anne, and the giraffes she dearly loves, have  experienced triumphs as well as setbacks. The Woman Who Loves Giraffes gives us a moving perspective on both. Truly, a life well-lived! 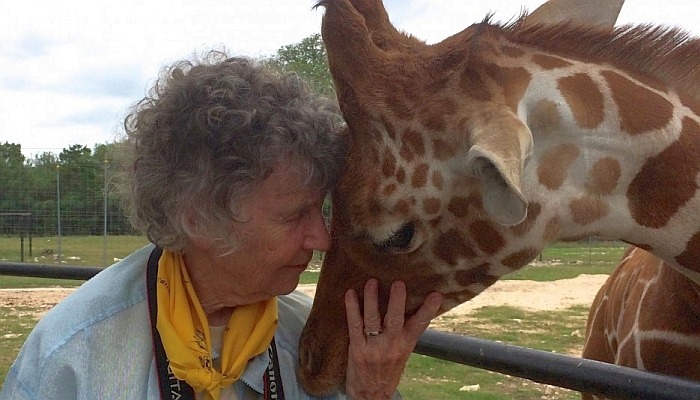 A true heroine, ANNE INNIS DAGG is a pioneer, groundbreaking scientist, underdog, animal rights activist, feminist, teacher and mother. The youngest child of academics Harold Innis and Mary Quayle Innis, Anne has received worldwide recognition for her work with giraffes, becoming not only the first person to study giraffe behavior in the wild, but also the first person to study any wild animal behavior in Africa.

She is the author of over 60 scientific papers and 24 books including, Pursuing Giraffe: A 1950’s Adventure (2006); 5 Giraffes (2016); and Smitten by Giraffe: My Life as a Citizen Scientist (2016). Anne’s academic interests include giraffes and Africa; gaits of mammals; sexual bias in behavioral biology; feminism (especially in academia); a historical study on Canadian women non-fiction authors; sociobiology; animal behaviors; aggression; and human evolution. 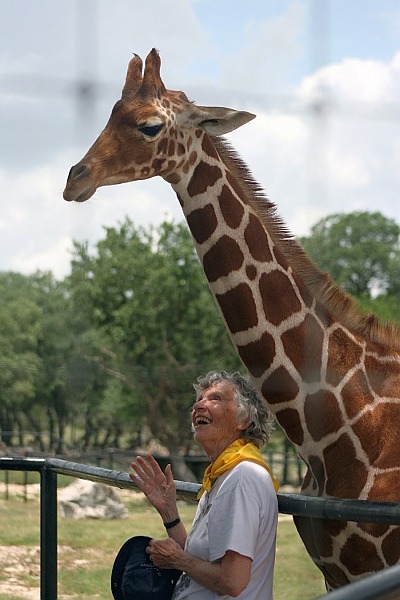 Her honors include being named one of the top eight women biologists in Canada (1975); receiving a pioneering award from the Association of Giraffe Care Professionals (2010); and a lifetime achievement award from the International Giraffid Conference (2016). More recently, Anne was featured in “Courage and Passion: Canadian Women in Natural Sciences”, an exhibition which celebrates Canadian women who broke barriers to pursue their passion for science at the Canadian Museum of Nature. She was also named the 2018 Canadian Eco-Hero at Planet in Focus.

Discussion with the Director

(NB: The recorded Zoom discussion is included when you rent the film for streaming.) 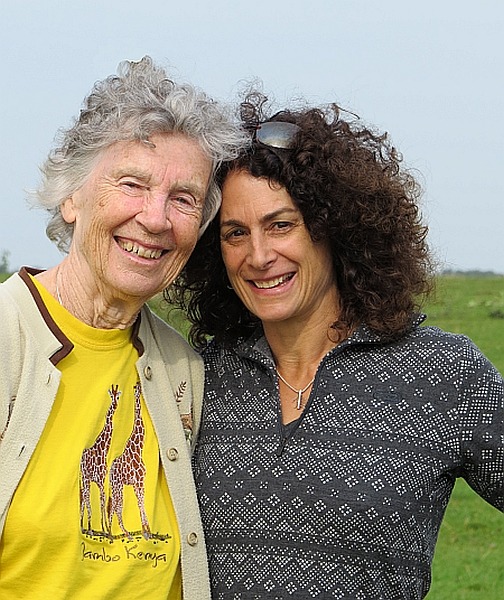 Alison Reid’s desire to tell stories exploring the human spirit inspired her to form Free Spirit Films. Her most recent project – critically acclaimed feature documentary, THE WOMAN WHO LOVES GIRAFFES won multiple Best Film and Audience Awards and had a robust theatrical release in the USA and Canada. Positive reviews from The New York Times, Washington Post, LA Times, Variety and The Wrap contributed to its 100% rating on Rotten Tomatoes.

Reid’s award-winning debut feature film, LGBTQ comedy THE BABY FORMULA screened at over 50 film festivals worldwide and was chosen as the opening night or closing night film at many, including the Mannheim-Heidelberg International Film Festival.

Her episodic television directing credits include GOOD WITCH, HUDSON & REX, SAVING HOPE, HEARTLAND, and MURDOCH MYSTERIES. Reid was a veteran stunt performer and stunt coordinator before becoming a director. She is an alumna of Women in the Director’s Chair program and of the Canadian Film Centre and is a resident of Ontario. 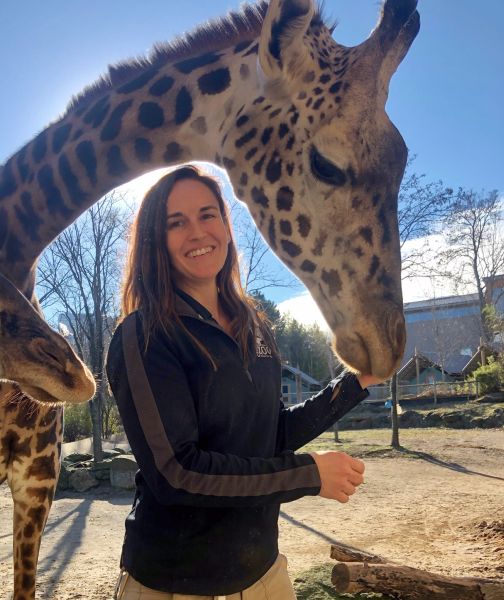 Teresa Truesdale has a special relationship with giraffes. Now in her fifth year at the Cincinnati Zoo and Botanical Gardens, she previously spent two years at the Toledo Zoo. Her love affair with African animals began with a seven year engagement at the Riverbanks Zoo & Gardens in Columbia, South Carolina.

Different zoos have varied programs, typically featuring animals grouped by the way they live in the wild.  Teresa has worked primarily with those found on the African Savanna – giraffes, elephants, rhinos, zebras, ostriches, hippos and others – including baby Fiona at the Cincinnati Zoo!

Teresa’s specialty is the giraffe and Cincinnati has five: two under-two years old – Theo and Fenessy, their moms Cece and Tessa, and five-year-old Zoey.  No wonder Teresa loves her work, what a great career! 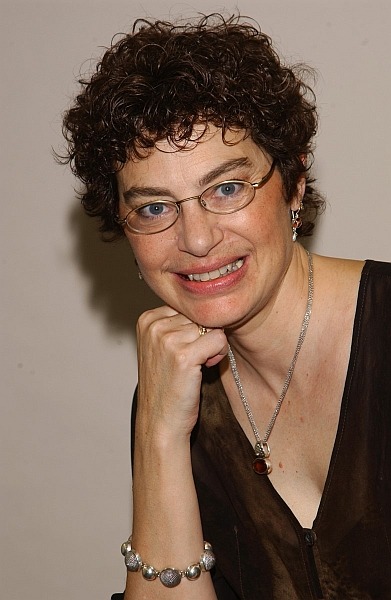 Rachel Lyon is an Emmy-Award winning filmmaker who has produced and directed 65 documentaries, feature films and media projects, including Hate Crimes in the Heartland with sponsorship from the Ford Foundation, Race to Execution for Independent Lens on PBS, Shadow Over Tibet for PBS and the Emmy Award winning Men Who Molest for PBS’ FRONTLINE. In addition to PBS, her creations have been broadcast on NBC, CNN, BBC, the National Geographic Channel, The Discovery Networks, and the History Channel.

Ms. Lyon has served as professor at universities including Queens College, Bentley University, Southern Methodist University and Northern Kentucky University. She has received grants for her work from prestigious sources such as the NEH, NEA, CPB, the Ford Foundation, the John D. and Catherine T. MacArthur Foundation, The Nathan Cummings Foundation, and the UN Foundation, among others.

Currently, Lyon is Director of Development at First Step Home in Cincinnati. She serves as board member and immediate past president of Women in Film Cincinnati and is an active member of the Association of Fundraising Professionals, the Jewish Women’s Archive, The Association of University Professors and the Society for Cinema and Media Studies.

“Her research was groundbreaking, and the 16 millimeter color footage she shot at the time is breathtaking.”
– Peter Rainer, The Christian Science Monitor