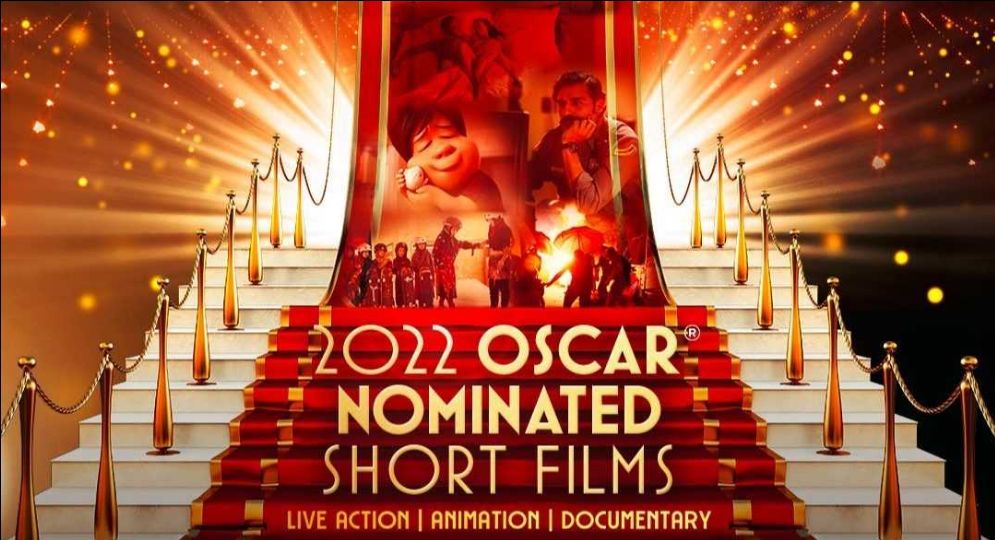 Join us for entertaining, emotional and enlightening short films that will take you places you didn’t expect to go, telling engaging stories featuring the people and cultures of Afghanistan, Canada, Chile, Denmark, Germany, Kyrgyzstan, Mexico, The Netherlands, Poland, Russia, Spain, Switzerland, the UK and the USA.

TICKETS:
Tickets are available for online purchase via the Tix Button, top of this page, and by phone at (859) 957-3456.  Tickets are no-refund/no-exchange, although we will try to work with you if you need to change dates and there is sufficient lead time and seat avails.

Advance tickets for individual programs are $15 each. Same-day combo tickets, Live Action & Animation, Saturday and Sunday, are discounted at $24 for both programs.  Tickets at the door are $20 and $30, respectively.

ADA ACCESS:
The Garfield offers a direct indoor path from the front door to wheelchair spaces and companion seats (no ramps, no stairs). Individuals using walkers, scooters or wheelchairs should call (859) 957-3456 at least 48 hours in advance to confirm your screening date and time. When notified, our staff will be standing by to assist.

AUDIBLE
MATT OGENS,  USA/38 min/2020
An immersive coming of age documentary following Maryland School for the Deaf high school athlete Amaree McKenstry and his close friends as they face the pressures of senior year and grappling with the realities of venturing off into the hearing world. Amaree and his teammates take out their frustrations on the football field as they battle to protect an unprecedented winning streak, while coming to terms with the tragic loss of a close friend. This is a story about kids who stand up to adversity. They face conflict, but approach the future with hope – shouting to the world that they exist and they matter.

WHEN WE WERE BULLIES
JAY ROSENBLATT, USA/Germany/22 min/2021
In this moving essay on the human condition, an overwhelming coincidence leads the filmmaker to track down his fifth-grade class and teacher to examine their memory of a bullying incident 50 years ago.
Richard Brody (The New Yorker) wrote: “A multilayered work of personal nonfiction and historical inquiry with passionate detail and power… Conjuring the past with an enticing array of cinematic devices – close analysis of film footage, the playful animation and manipulation of still photographs, interviews on camera and in voice-over, and his own rueful monologues.”

THREE SONGS FOR BENAZIR
GULISTAN & ELIZABETH MIRZAEI, Afghanistan/22 min/2021
The story of Shaista, a young man who – newly married to Benazir and living in a displacement camp in Kabul – struggles to balance his dreams of being the first from his tribe to join the Afghan National Army with the responsibilities of starting a family. Gulistan and Elizabeth Mirzaei’s remarkable access sheds light on the experience of modern-day Afghans who live, love, and seek space for themselves amid constant instability. Nominated for the 15th Annual Cinema Eye Honors and winner of six jury awards, including Best Short at Full Frame.

500,000 Americans experience homelessness every night. LEAD ME HOME is a documentary short by Jon Shenk and Pedro Kos that captures the experience from multiple perspectives. This immersive, cinematic film personalizes the overwhelming issue by telling the real-life stories of those going through it as a first step toward challenging uninformed attitudes and outmoded policies and gives the audience a rare, in-depth look at the scale, scope and diversity of unsheltered America today.

THE QUEEN OF BASKETBALL
BEN PROUDFOOT, USA/22 min/2021
She is one of the greatest living women’s basketball players. Three national trophies. Scored the first basket in women’s Olympic basketball at the ‘76 Olympics. Drafted by the NBA. But have you ever heard of Lucy Harris?

ROBIN ROBIN
DANIEL OJARI & MICHAEL PLEASE , UK/31 min/2021
Robin Robin is the tale of a small bird with a very big heart. After a shaky start – her unhatched egg falls out of the nest and into a rubbish dumpster – she comes out of her shell, in more ways than one, and is adopted by a loving family of mice burglars. More beak and feathers than fur, tail and ears, more cluck and klutz than tip-toe and stealth, she is nonetheless beloved by her adopted family, Dad Mouse and four siblings. As she grows up, her differences make her something of a liability, especially when the family takes her on food raids to the houses of the humans (pronounced ‘Who-mans’) in the dead of night.

BOXBALLET (БоксБалет)
ANTON DYAKOV,  Russia/15 min/2021
A delicate ballet dancer named Olya meets a rough, surly boxer, Evgeny. The contrast between their worlds and their philosophies is so sharp that the possibility of these two characters crossing paths seems remote. Are they ready to embrace the shy feelings that have sprung up between them? Can they overcome external influences and allow love into their lives?

BESTIA (Beast)
HUGO COVARRUBIAS,  Chile/16 min/2021
Stunning stop-motion animation using porcelain and felt. Dense symbolism with disturbing content and violence creates an aura of malevolence heightened by the lack of context provided in the film.  Ingrid Olderöck’s relationship with her dog, her body, her fears and frustrations reveal a grim fracture in her mind and in an entire country.
CWC RESEARCH NOTE:  Bestia was inspired by real people and events in Chilean history. Infamous for her cruelty, Olderöck worked in Pinochet’s DINA, the Chilean Intelligence Directorate (Chilean Gestapo).  Director Covarrubias reveals history known to older Chilenos, but not so much the young or citizens of other cultures. Learn more: BBC World News – “Beast” and Ingrid_Olderöck. This film is definitely NOT FOR CHILDREN.

THE WINDSHIELD WIPER  (El limpia parabrisas)
ALBERTO MIELGO,  Spain/14 Min/2021
Highly personal, adult and sexy, The Windshield Wiper presents many of director Alberto Mielgo’s own experiences and observations in vignette form. We encounter loneliness, courtship, missed connections, sex, love and relationships – addressing the central premise, “What is love?”
Stylish and fresh, Mielgo’s work can be mistaken for rotoscoping but the backgrounds were laid out in Photoshop after which 3D keyframe CG characters were added by Leo Sanchez.  FOR ADULTS ONLY – “R” rated for nudity and sexual situations.

ON MY MIND
MARTIN STRANGE-HANSEN, Denmark/18 min/2021
Henrik wants to sing a song for his wife. It has to be today, it has to be now. It’s a question of life, death and karaoke. A touching and powerful story of love giving wings to the soul.

PLEASE HOLD
KD DAVILA, USA/Mexico/19 min/2020
In the not-so-distant future, Mateo, a 20-something Latino, is arrested by a police drone without explanation. Finding himself locked in a fully automated jail run by robots, with no means of recourse, Mateo realizes he has fallen through a crack in the system. To get out alive he’ll have to go head-to-head with the labyrinthine, computerized bureaucracy of the privatized American justice system in search of an actual human being who can set things right.

THE DRESS (Sukienka)
TADEUSZ LYSIAK, Poland/30 min/2020
Lust, sexuality and the yearning for human touch – these are the deepest desires Julia suppresses while working at a wayside motel. That is until she crosses paths with a handsome truck driver, who soon becomes the object of her fantasies.

THE LONG GOODBYE
ANEIL KARIA, UK/12 min/2020
Riz and his family are preparing a wedding celebration when the events unfolding in the outside world arrive suddenly on their doorstep. The result is a devastating and visceral feat of filmmaking, and a poignant poetic cry from the heart.

ALA KACHUU  (Take and Run)
MARIA BRENDLE,  Switzerland/Kyrgyzstan/38 min/2020
Sezim, 19 years old, wants to fulfill her dream of studying in the Kyrgyz capital when she gets kidnapped by a group of young men and taken to the hinterland. There, she’s forced to marry a stranger. If she refuses the marriage, she is threatened with social stigmatization and exclusion. Torn between her desire for freedom and the constraints of Kyrgyz culture, Sezim desperately seeks a way out.  The story of courage and determination in the face of a patriarchal culture.