A New York Times Critic’s Pick, we first brought this little gem to CWC in December 2017 at Memorial Hall. Via post-film survey, 97% of our audience rated Rare Exports: A Christmas Tale as Very Good/Excellent.

The film uses sly, deadpan Nordic humor in this entertaining and delightfully unpredictable thriller. While it is a mash-up of traditional Christmas movie and horror genres, the cast plays it straight, creating a story arc that stands on its own.  You’ll see why Rare Exports has attained cult status, complete with an adorable young star and a Santa Claus that Mommy won’t be kissing under the mistletoe!

Parents’ Note: there are brief moments of incidental male nudity – not salacious – just a bunch of wrinkled geriatrics. PG-13 might be appropriate if a teen is mature enough to handle a glimpse of grandpa’s willy.

In Finnish, Joulupukki means the “Yule Goat,” who was part of pagan festivities honoring the solstice and return of the sun. The predecessor to Saint Nicholas (who came to Nordic lands from Turkey by way of Europe), he was a larger-than-life old man who wore goat skins and horns, known to frighten and punish children who had behaved badly.

According to the legend, the Sami (Laplander) people captured Joulupukki after he fell into a lake and was frozen in a block of ice. To keep him from terrorizing children, they built a huge mound with the ice-bound Joulupukki embedded within. Which brings us to the story of Rare Exports…

It’s almost Christmas in the isolated far north of Finland where thousands of reindeer roam the land. In a small village on the tundra near the mountain called Korvatunturi residents are preparing for the Holiday and the annual roundup of the reindeer herd.

Rauno is a reindeer rancher by trade, assisted by his young son, Pietari. His wife is dead, the reindeer business is failing and life is hard for Rauno and his son. But things are about to get worse.

What happened to the reindeer herd? So many slaughtered, but so little eaten. Wolves don’t do that.

Maybe it has to do with a top-secret “archaeological dig” at the summit of Korvatunturi, and a large block of ice removed from the mountain core?

An avid reader and student of legends, young Pietari suspects the worst as kids from the village disappear, as do odd things like the town’s heaters and a farmer’s potato sacks.

What about the mysterious figures lurking in the forest?

And bare footprints found on a roof?

What’s going on? We know but aren’t telling.   See for yourself!

RARE EXPORTS: A CHRISTMAS TALE is a re-imagining of the most classic of all childhood fantasies, and a darkly comic tale becoming perennial holiday viewing.

The events happen mainly in a bankrupted reindeer slaughterhouse. The father of a little boy is struggling to keep the family business going. Their way of living is dying and it seems there is nothing they can do about it. Because of that he has no time for his son and he does not realize how scared the boy is. But this Christmas holds a surprise for them all. A chain of peculiar events will even save the family business.

I wanted to handle great events in small circles and create fantasy with a realistic approach. Even though the everyday life in the film is slightly emphasized or stylized, the thought behind it is that this could really happen. We do not need computer generated special characters or wondrous fairy tale worlds. What we need is a scary looking old man and an old reindeer slaughterhouse.

The feel of the film is isolated. A small community rests in the shadow of huge mountains and in the middle of large open spaces. I wanted to show how small the people really are against nature and the ancient creatures that have been here far longer than us. In this film normal people are caught in the middle of supernatural events. Still, there is also a comedy side of the style. After all we are dealing with Santa, not space aliens.

It is peculiar that no one has taken up this subject matter before. It feels like no one has even thought about what the real Santa Claus might have been like. What did the notorious Yule Goat that used to go from house to house in the old days represent, and why were Christmas and Santa Claus forced into the complete opposite of their roots? The horned creature that used to bring twigs to children is now a chubby, red-coated every child’s best friend.

Still, after all of this, children still seem to be afraid of Santa Claus and wait for him with anxiety. They have the same feelings about spiders and snakes. It’s called the self-preservation instinct. 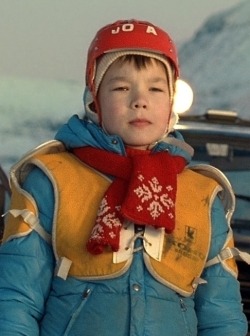 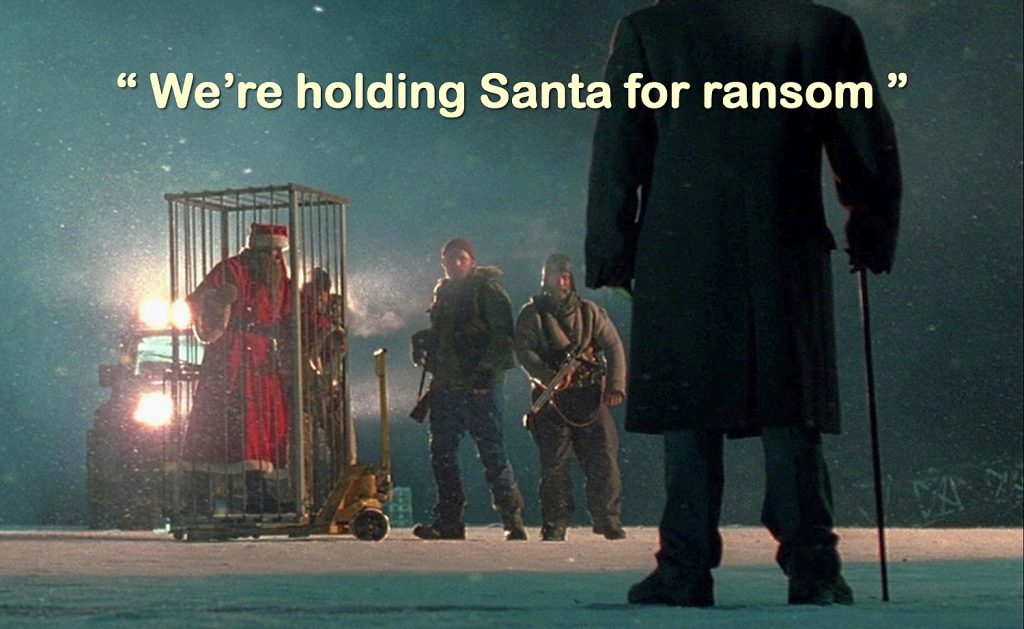