Route One/USA is a sobering portrait of America and the challenges faced in the late 1980s — just as striking and relevant today as it was thirty years ago. With a running time of four+ hours divided into two equal parts, it is an unorthodox yet revealing exploration of religion, politics, race, immigration, the military, aging, community and isolation. This is American history, live and unadulterated.

“A thin stretch of asphalt cutting through all the old dreams of a nation.”  –Robert Kramer

In 1988, after a decade living abroad, renegade filmmaker Robert Kramer returns. To try to understand the country as it is, he decides to travel the entire length of Route 1, from the Canadian border to Key West, filming all the way. His companion on the trip is Paul McIssac, assuming the character of  “Doc,” a physician back after a decade working in Africa. On the road, Doc conducts engaging interviews with the locals, with Kramer behind  camera.

For a road movie, ROUTE ONE/USA features few shots of the open road itself. Instead, we are treated to a series of stops along the way—an Indian reserve in Maine, Walden Pond, the Vietnam Veterans Memorial in Washington DC, a Georgia diner, Thanksgiving dinner at a homeless shelter, and evangelical churches that preach the “truth” about the anti-apartheid movement and the dangers of Disney.

It’s not just the people who make the film though. Kramer has an extraordinary eye for people, patterns, and industrial processes (you’ll never look at Monopoly or tinned sardines the same way again), and his visuals shine through in this beautifully restored edition. 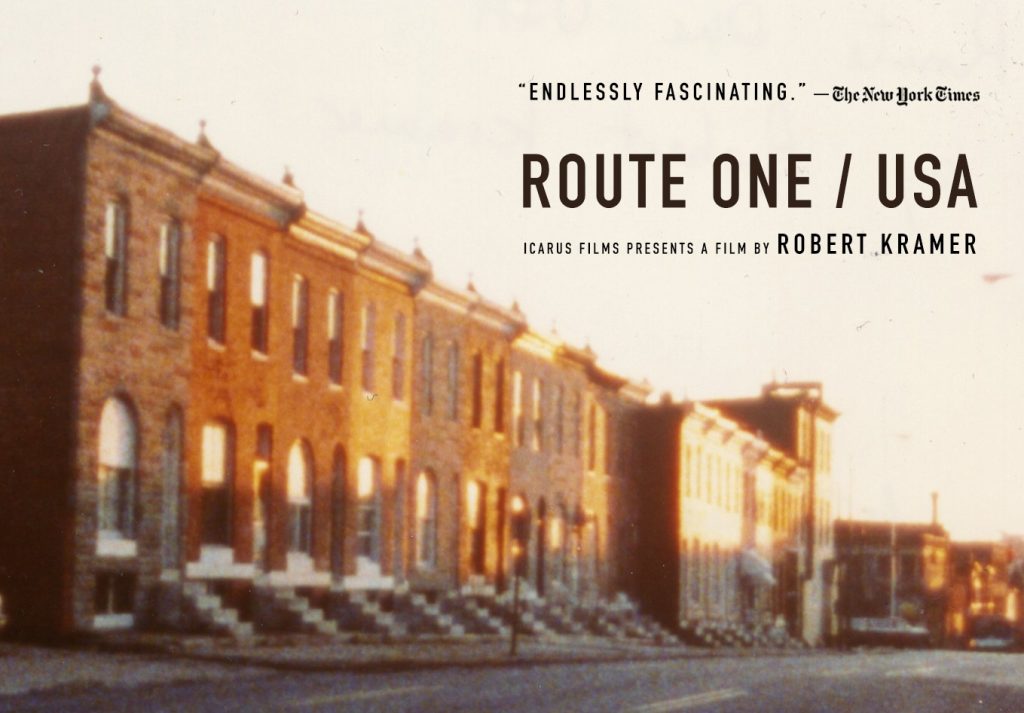 “Endlessly fascinating. An extraordinary, fluidly shaped mosaic of the fragmented pockets of American life that together compose the mainstream.”
— The New York Times

“The central concern of Robert Kramer’s cinema—how to reconcile the personal and the political, or in other words, how to live a meaningful life—is timeless.”
— Los Angeles Times

“Invests creative energy in discovering the rhymes and rhythms of American life.”
— The Village Voice

“Probably the most complete documentary about America in the nineties. Thoreau & Hemingway would have been proud of Kramer.”
— Jean Bacchetta, ça a été, Ceneva

“On the edge of documentary and fiction. By the late ’60s, the liminal space between these two cinematic realms was fertile ground for exploration, with Kramer at the vanguard.”
— ArtForum

Newly restored and digitized with the support of the Centre National du Cinema (CNC). 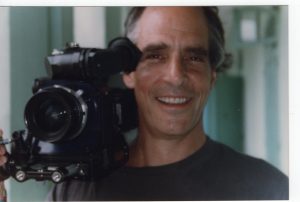