“As simple as its title and as complex as the city it illuminates… Organically and entirely without judgment, in Elizabeth Lo’s thoughtful documentary the stray dogs of Istanbul comment on the human condition.”
— Jeannette Catsoulis,  The New York Times

Director: Elizabeth Lo, USA/Turkey, 2020, 72 min, PG 13.
Through the eyes of three remarkable dogs, an intimate and touching look at what it means to live as a being without status or security. Rental fee $12 per household.

“Human beings live artificially and hypocritically and would do well to study the dog.”  – DIOGENES, 360 B.C.

Through the eyes of three stray dogs wandering the streets of Istanbul, STRAY explores what it means to live as a being without status or security. As they search for food, shelter and human connection. Zeytin, Nazar and Kartal embark on inconspicuous journeys through Turkish society that allow us an unvarnished portrait of human life — and their own canine culture.

Zeytin, fiercely independent, embarks on solitary adventures through the city at night; Nazar, nurturing and protective, easily befriends the humans around her; while Kartal, a shy puppy living on the outskirts of a construction site, finds refuge with the security guards who care for her. The disparate lives of Zeytin, Nazar and Kartal intersect when they each form intimate bonds with a group of young Syrians who share the streets with them.

Whether they lead us into bustling streets or decrepit ruins, the gaze of these strays act as windows into the overlooked corners of society: women in loveless marriages, protesters without arms, refugees without sanctuary. The film is a critical observation of human civilization through the unfamiliar gaze of dogs and a sensory voyage into new ways of seeing.

The impetus for STRAY is personal. When my childhood dog died, I felt a quiet need to suppress my grief at his passing. I was shocked that something as personal as how my heart responds to the death of a loved one could be shaped by an external politics that defined him or “it” as “valueless.” As my grief evolved, I also saw how our moral conceptions of who or how much one matters can be in constant flux. This transformative  moment is what propels STRAY’s exploration into value, hierarchy, and sentience.

In 2017, I traveled to Turkey, a country whose history and relationship with strays is unique in the world. Turkish authorities have tried to annihilate stray dogs since 1909, leading to mass killings of Istanbul’s street dogs for the last century. But widespread protests against these killings transformed Turkey into one of the only countries where it is now illegal to euthanize or hold captive any stray dog. Every free-roaming dog today is an emblem of resistance — living manifestations  of compassion in the face of intolerance.

I first met Zeytin, our canine protagonist, as she hurried past me in a busy underground tunnel in Istanbul. Intrigued by her sense of purposefulness, I chased after her. She was quickly joined by Nazar, another street dog. As it turned out, they were on the heels of a group of young men from Syria — Jamil, Halil and Ali — who were living on the streets as refugees in Turkey. I began to follow them over months as they found shelter in construction sites and quiet sidewalks together. Despite the harshness of their circumstances, the dogs and boys had formed a makeshift family unit. The warmth and love emanating from their interdependent bond was deeply moving to me. Without the companionship of the dogs, the Syrian boys would have felt adrift in a city not their own — and perhaps it was the same for Zeytin and Nazar. Zeytin, an inconspicuous stray dog, had led me into the cracks of human society, where community is formed in the crucibles of war and neglect, and where beings persist and survive even as they are relegated to the peripheries of society.

Zeytin quickly emerged as the focus of our production because she was one of the rare dogs we followed who did not inadvertently end up following us back. To the very last day of shooting, she remained radically independent.  In Zeytin I saw a character who could fully envelop us within her own nonhuman will — a quality that was vital to a story about dogs who, unlike pets, are not only defined by their relationship to humans.

For six months, from 2018 to 2019, I followed Zeytin with a camera and stabilizer every day while one of three indispensable Turkish co-producers on the film (Ceylan Carhoglu, Zeynep Köprülü, and Zeynep Aslanoba) would record sound on a bi-directional microphone to pick up overheard conversations. At the end of each night of filming, we’d place pet-tracking GPS collars onto Zeytin or Nazar so we’d be able to locate and find them the next morning. We learned very quickly that it was impossible to plan or schedule the lives of our stray subjects. Surrendering to their will, my producer Shane Boris and I decided STRAY would be an experiment in what would happen if we left a film’s narrative up to dogs.

I followed Zeytin as she traversed across class, ethnic and gender lines in a way only stray dogs can. As an outsider who didn’t speak Turkish, my understanding of the human world around me felt as distant and deep as my canine subjects’. Without language, I was increasingly sensitized to minute gestures and expressions while remaining a constant outsider. I felt dog-like — a liminal identity that allowed me into conversations and spaces that I may have ordinarily been barred from.

I was perpetually crouched low as I filmed at dog’s height, a strenuous but literal way to challenge conventional modes of seeing and being in the world. Works like the ancient Greek philosopher Diogenes who modeled his way of life around street dogs, John Berger’s landmark essay “Why Look at Animals” (1977), or Donna Haraway’s writings that call for the flattening of our interspecies hierarchy played crucial roles in the conceptualization of this film. Their works speak to the need of recognizing the destructive nature of our anthropocentrism. STRAY is my attempt to visually and aurally recenter the world around a nonhuman gaze. I had the honor of workingwithErnst Karel,thesound designer behindsuchseminal films as Leviathan (2012) and Sweetgrass (2009), to develop an aural language for how to cinematically  represent canine hearing: a world in which human dialogue becomes radically secondary to heightened frequencies, and where Ali Helnwein’s distorted classical score is set against the gritty, lived experiences of those whom society has left behind.

My journey through Turkey traversed a socio-cultural terrain in which for a moment, one nation became refuge for many others. When xenophobia, species destruction and nationalist sentiment are rising all around the world, STRAY springs from these cracks in our anthropocentric modernity. It asks us to re-evaluate what it means that our streets are continuously emptied of everyone except those whom we’ve deemed to be its legitimate citizens. Through STRAY, I hope to continually push the boundaries of the cinematic medium in order to explore and challenge unequal states of personhood — to expand viewers’ circles of moral and perceptual consideration beyond their own class, culture, and species.

Elizabeth Lo is an award-winning filmmaker. Her work has been broadcast and showcased internationally, including at the Sundance Film Festival, Tribeca Film Festival, Hot Docs, True/False, BAMCinemafest, New York Times Op-Docs, and PBS’ POV. Elizabeth was named one of the “25 New Faces of Independent Film” by Filmmaker Magazine in 2015 and was featured in the 2015 Saatchi & Saatchi New Directors’ Showcase at Cannes Lion. She was selected for the New York Film Festival Artist Academy in 2018 and the Locarno Film Festival Filmmakers Academy in 2019. Elizabeth’s work has played at over 100 film festivals and has won numerous awards. Her short films include Hotel 22 (2015), Bisonhead (2016), Mother’s Day (2017), The Disclosure President (2016), Notes from Buena Vista (2016), Treasure Island (2014), and Last Stop in Santa Rosa (2013). In 2017, her collected shorts were released by Video Project as a DVD, The Short Films of Elizabeth Lo, for distribution to educational institutions and libraries around the world. Elizabeth was born and raised in Hong Kong and holds a B.F.A. from NYU Tisch School of the Arts and an M.F.A. from Stanford University. STRAY is her feature film debut.

Shane Boris is Academy Award nominated producer focusing on films that push the boundaries of conventional forms in order to tell timeless stories. His films have premiered at festivals such as Sundance, SXSW, and Locarno, released theatrically across the world and have been commissioned by streaming platforms such as Netflix and for television programs like PBS’s Independent Lens. His most recent film, the Netflix Original The Edge of Democracy, was nominated for Critics Choice, Gotham, IDA and Academy Awards and was listed by the New

York Times as one of the ten best movies of 2019. He also produced the SFFILM’s Golden Gate Award winning The Seer and The Unseen and the scripted Walden: Life in the Woods. Other credits include All These Sleepless Nights (Sundance, Best Directing Award), Olmo and the Seagull (Rio Film Fest, Best Documentary) and Fuck for Forest (Warsaw Film Festival, Best Documentary). Shane was recently an Impact Partners Producing Fellow and was cited by DOC NYC as one of the “40 under 40” working in documentary. He has a B.A. from Oberlin College and an M.A. from Jawaharlal Nehru University in New Delhi. 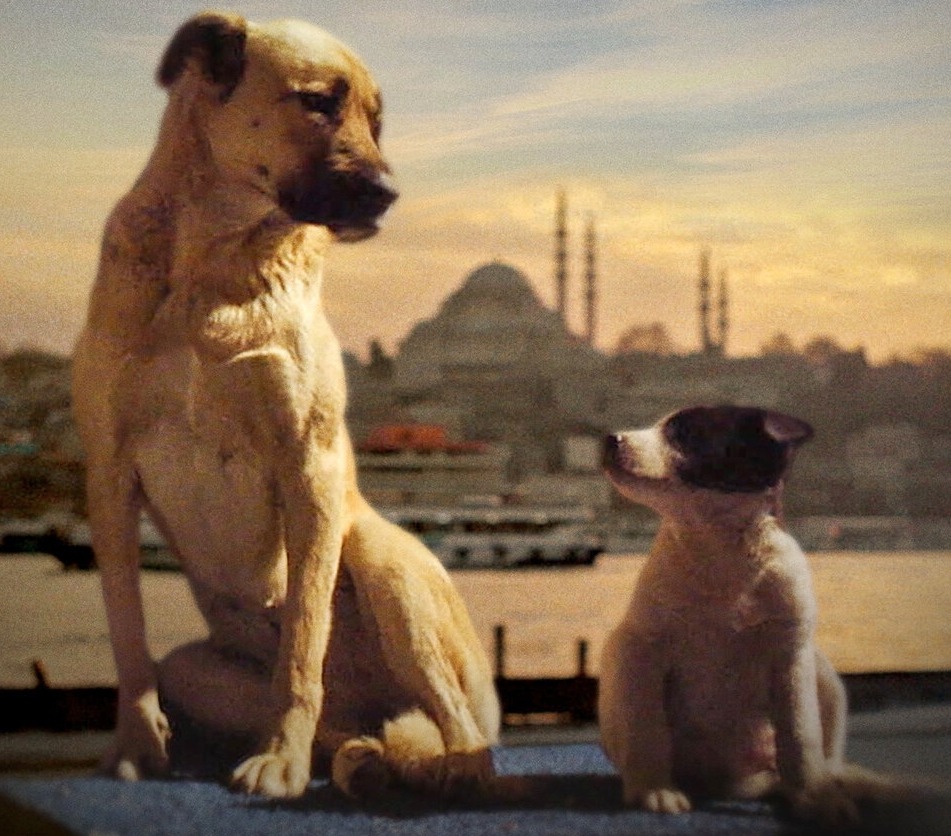