JUNE, 2021
Three films in The Garfield
Four Films in the Virtual Cinema

Please join us this month for diverse, high-quality cinema you will not see elsewhere in Cincinnati.

Thanks again to everyone who attended the first five weekends at the reopened Garfield Theatre, and welcome to the new people who’ve joined the CWC film family.  We will continue the hybrid approach with in-person screenings at the Garfield and online screenings via our Virtual Cinema, as circumstances allow.

☀ CWC’s position is that those attending in-person should have completed the vaccination process. While masks are optional for vaccinated patrons, we will continue with a modified distancing approach. Patron safety remains our top priority.

Thanks and see you soon,
Tim 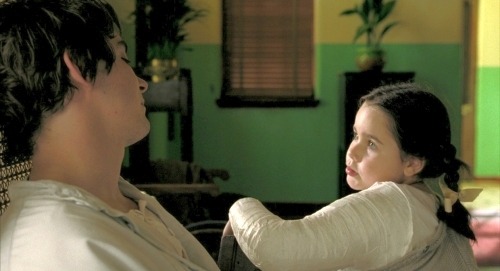 A Hollywood silent film stunt man overcomes self-destructive anger and gives his heart to a little girl seeking love and a father figure.

A hidden gem, contemporary classic and true labor of love many years in the making – THE FALL is that rare, pleasing film embracing perfection on all levels – excellent storytelling, exquisite locations, dazzling panoramic visuals, a rousing adventure story, emotional drama, capped by terrific performances from Lee Pace and Catinca Untaru.

After last month’s sell outs, we are thrilled to bring it back at audience request. If you missed it or want to see it again, here’s your chance.  Rarely shown on the big screen – tell your friends !!

One woman fights back, the other does not…

In our Saturday June 12 pairing of THE COLUMNIST and NINA WU, we present the stories of two women in peril, and the differing ways they deal with toxic environments that affect not only their careers, but their sense of self, sanity and safety. In the Garfield, and online, they are available individually and as a double-bill – discount tix are $16 for both, single tickets for each film are $10. 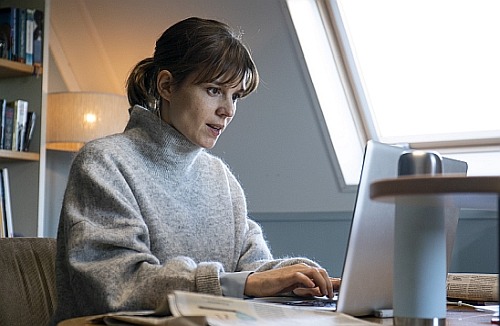 ☀ DAYTIME WRITER, NIGHTTIME AVENGER…
THE COLUMNIST
Saturday, June 12, 4 PM  in the Garfield Theatre
85 min, The Netherlands, in Dutch with English subs, R for language and violence.

Set in the world of social media and book publishing, THE COLUMNIST provides a subversively comedic, over-the-top take on a person who turns the tables on her abusers, going overboard in pursuit of retribution.

In Amsterdam, Femke Boot is a popular newspaper columnist and book author who challenges the status-quo, hate speech and today’s general lack of civility. As a result she is subjected to insults and death threats from total strangers on social media.

She compulsively reads the abusive comments and then suffers writer’s block. Eventually, her doom-scrolling, pent-up anger and frustration takes her over the edge.

When her act of revenge inspires Femke to write again, she surrenders to her rage and begins a double life as a daytime writer and nighttime avenger, exacting retribution in unexpected ways.

☀   Trailer, details and tickets: THE COLUMNIST

NOTE: THE COLUMNIST and NINA WU are available as a double-bill – discount ticket is $16. Single tickets for each film are $10.

NINA WU, a psychological thriller about systemic exploitation in the entertainment industry, was inspired by the real-life experiences of its star and screenwriter, Wu Ke-xi.

To revive a stalled career, how far will a struggling actress go in a toxic environment controlled by ego, power and sexual predation? Does the quest for success require the sacrifice of one’s self-respect and mental equalibrium?

Director Midi Z puts us inside the psyche and traumatic memory of Nina Wu, blurring the lines between reality and imagination. Every woman, indeed every person – in front or behind the camera in the film, video, live entertainment and media industries – should see this powerful film. It is relevant for those in any toxic environment dominated by powerful hierarchies.

NOTE: THE COLUMNIST and NINA WU are available as a double-bill – discount ticket is $16. Single tickets for each film are $10.

IN THE CWC VIRTUAL CINEMA:

The Columnist, https://cincyworldcinema.org/the-columnist/.
85 min, The Netherlands, R, in Dutch with English subs.

Receive this from a friend? Get your own advance film notice here.
Questions, suggestions, need help? Call us, 859-957-FILM.